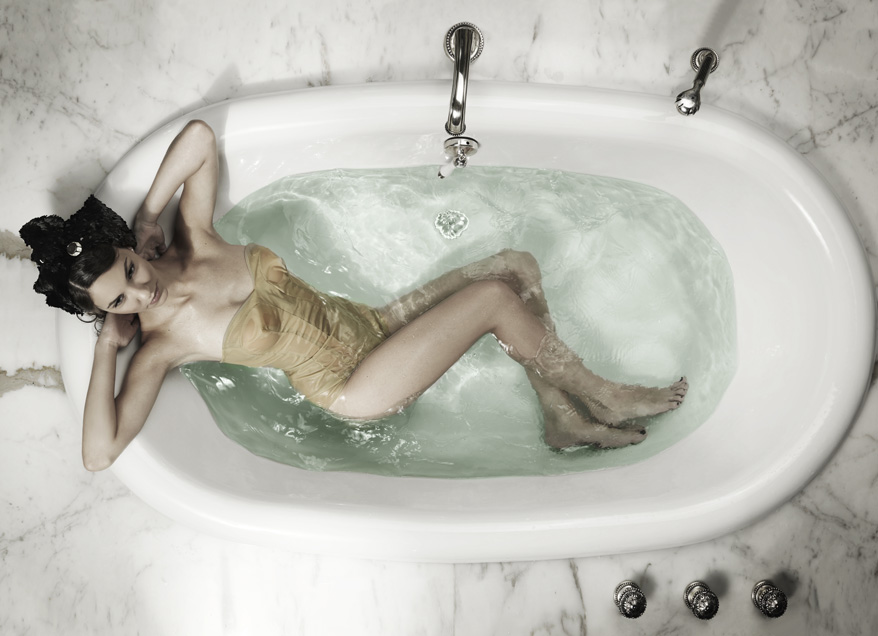 In this actual era of recession, Ikonostas puts the accent on one of the most dramatic periods in world history – the Second World War – exploring people and designer’s reaction to fashion in that period and finding some similar attitudes nowadays.
Years 1937-43. The Italian government established Autarchy forbidding the imports and promoting an increased reliance on Italy’s own economic resources.
Despite the War Restrictions, in the newspaper ‘Il Popolo d’Italia’ one could read that “Fashion and its related industries must be increased and supported even in this period of austerity affecting the lifestyle of our fellow Italians’ (Guerra e Moda, 1939, pag. 46)
Paradoxically, even though clothing and underwear industry were closing to be transformed in arms industries, the effect of the world economic crisis at the time encouraged creativity, choosing some alternative materials – women used to make clothes from curtains, lingerie from parachutes, and they traced a line on the back of their legs instead of wearing stockings…(just like today we use to recycle old garments and make ‘vintage’ a fashion trend)
Women, who wouldn’t dare too much in their external appearance in respect for the soldiers fighting in the war, wore luxury lingerie in their private life to dream and find enjoyment.
Ikonostas investigates women’s private life, and what they wore under their clothes.. an intimate world where playing and enjoyment are mixed with women’s sensuality.
“Designing clothes is not a profession but an art”, Elsa Schiaparelli.